What is Sepia Tone?

Contrary to what many people think, those nostalgic old photos that look brown didn’t turn that color as they aged. The pictures look just as they did when the photographer first admired his handiwork.

That soft brown tint is the result of a chemical process that took place in the darkroom. Its purpose was to prevent fading and prolong a photograph’s life and archival value. The beautiful color probably came as a pleasant surprise to the first photographer who tried the process. Stark black and white photographs that sorely lacked emotional appeal were suddenly imbued with warmth and intensity.

We have the inventor of sepia toning to thank for transforming austere, haunting images into vibrant keepsakes. It’s a shame that no one is sure who that inventor was. 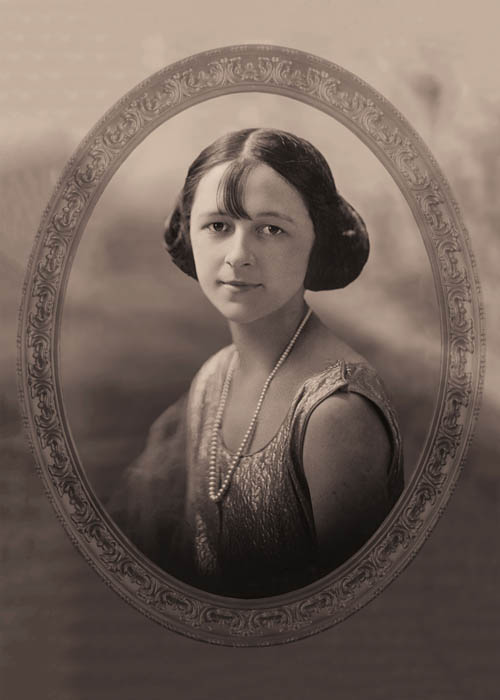 Where Did Sepia Toning Come From?

There is, quite literally, something fishy about the origins of sepia tone.

Let’s start with the word sepia, a Latin derivative of the Greek name for common cuttlefish. Since it belongs to the same family of mollusks as the octopus and squid, the cuttlefish is a close relative. It produces a rich, reddish-brown pigment that comes in handy when a larger sea creature threatens.

Not only was this ink used for writing in ancient Greece, but it was the same drawing ink favored by Leonardo da Vinci, Rembrandt and other old masters.

Interestingly, sepia is edible. It’s easy to imagine a hungry photographer whipping up a batch of risotto al nero di seppia, a classic Italian dish. In English, that’s rice with cuttlefish ink. Don’t knock it until you’ve tried it.

The first known use of sepia as a toner had nothing to do with photography. Late in the 18th century, Jacob Seydelmann, a German professor and minor artist, found a way to produce a more concentrated form of sepia. He dried it, mixed it with shellac and began using it as a wash to enrich the colors in his paintings.

Who Invented Sepia Toning for Photography?

Seydelmann deserves credit for conceiving the idea of using sepia to enhance paintings, but no one can say with certainty who first thought of using sepia toner in photography in the mid-1850s.

What is certain is that the history of sepia toning is as colorful as the color of sepia itself. Here's a little background:

The oldest surviving photograph, created by the French inventor Nicephore Niepce, dates to the early 1800s. It would have required anywhere from eight hours to several days of exposure to produce. When advances between 1840 and 1850 made it possible to produce photographs in just minutes, the medium took off.

Photo toning was relatively new when Hamilton Lanphere Smith started making a name for himself, but techniques were far from refined, and results were poor. It’s a good thing that Smith, a chemist and astronomer from Ohio, also dabbled in photography.

In 1856, just after inventing the largest telescope in the U.S. and dashing off a science textbook, Smith invented and patented a photographic process called melainotype. A rival named Victor Griswold borrowed heavily from Smith to produce a novelty called a ferrotype.

When Griswold patented his invention, he inaccurately named it a tintype; it didn’t contain any tin. It would be interesting to know whether Smith, being a chemist, was amused or incensed.

Tintype images were etched on a thin sheet of metal that had been layered with black lacquer. They were durable, and the process of making them was fairly inexpensive. Because the lacquered iron support didn’t require drying, subjects could buy their portraits just minutes after they were taken. That accounts for tintypes' popularity at carnivals and fairs, but they also hold a significant place in American history.

Many of Mathew Brady’s Civil War images are tintypes, and other pioneering photographers used them to capture the drama of the Old West from their covered wagons. They were ubiquitous during the 1860s and 1870s, and their popularity persisted into the next century even though photograph paper had long been in use.

Experiments with photo toning weren't going so well until Smith made groundbreaking improvements to the process. His techniques were novel enough to be patented. He may very well have been the first to try his hand with sepia, but there is no solid evidence.

In any case, sepia toning became the favored method for developing photographs until the 1920s. By 1930, new technology had made it all but obsolete. 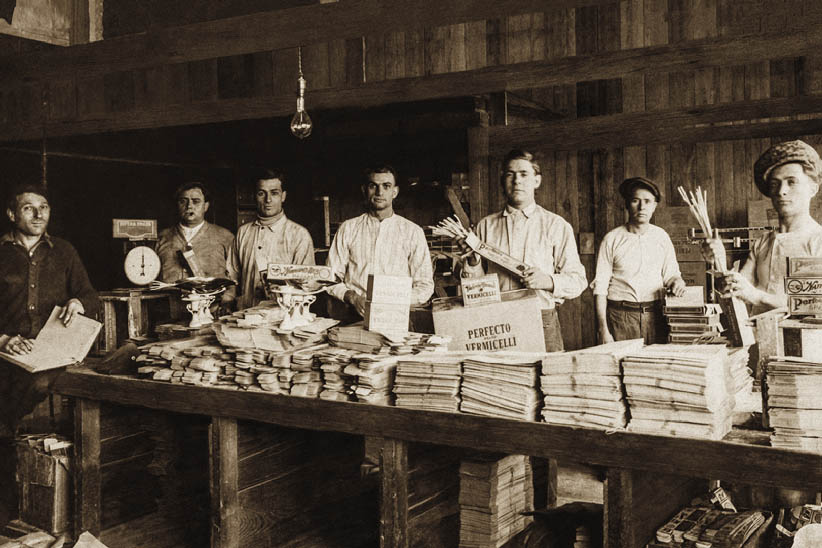 Why Were Old Photographs Sepia Toned?

Pictures toned with sepia turned out to be more aesthetically pleasing, but that wasn’t the primary motive for using it. Photographers had been experimenting with several different toners, like gold chloride, selenium and copper, to make their fragile photographs more stable. Some toners had just the opposite effect, and the pictures were ruined.

To understand why sepia became all the rage, you have to know a little about film development. Being a chemistry major helps, but simply put, the captured image is invisible until a chemical developer brings out the light-sensitive silver halides in the film and converts them to metallic silver. Sepia toner converts the metallic silver to a sulfide compound called silver sulfide.

Why is this important to know? The mystery man or woman who first hit on using sepia was most likely someone who suspected or knew that silver sulfide is 50 percent more stable than metallic silver. Sepia slows fading and deterioration and acts as a shield against environmental pollutants. Pictures developed with sepia toner typically last twice as long as pictures developed without it.

Inventing sepia toner does sound right up Smith’s alley, but a few experts have theorized that the process was discovered by accident.

Cuttlefish ink is chock-full of sulfuric compounds. An avant-garde photographer could have merely been frustrated by the harsh black and white image of his cuddlesome sweetheart and bathed the developing print in sepia to tone it down. For that matter, he could have accidentally dropped it into a tub of cuttlefish ink that he was saving for another purpose. Maybe he’d planned on having risotto al nero di seppia for lunch.

However it happened, molecular changes took place when the sulfuric ink was introduced to the metallic silver. The result was a sturdier portrait that would last for years to come. The surprisingly lovely rose-brown tone must have delighted the budding photographer.

The Softer Side of Sepia

Although Brady developed many of his Civil War photographs in grayscale, the sepia effect somehow softened the horror in others. The works of Julia Margaret Cameron, a Calcutta-born British photographer, are also fine examples of sepia tone.

Cameron’s career in photography spanned just 11 years, but she was astonishingly prolific. Her daughter gave her a camera for her 48th birthday, and she had soon transformed ordinary developing into an art. Her innovations included using soft focus, soft lighting and sepia tone to create a dreamy effect. Some of her photographs of historical figures are the only ones that remain in existence.

The Enduring Appeal of Sepia Tone

Artificially developed dyes have replaced the organic, undersea version of sepia, but the antiqued look in photography has made a big comeback.

Enthusiasts flock to photo booths where they can dress up as Old West saloon patrons, act silly and leave with what appear to be vintage photographs of themselves. It’s not uncommon for modern young brides to request sepia-tinted wedding photos. Grown children preserve family history by having sepia tone pictures of their great-great-grandparents repaired or touched up. 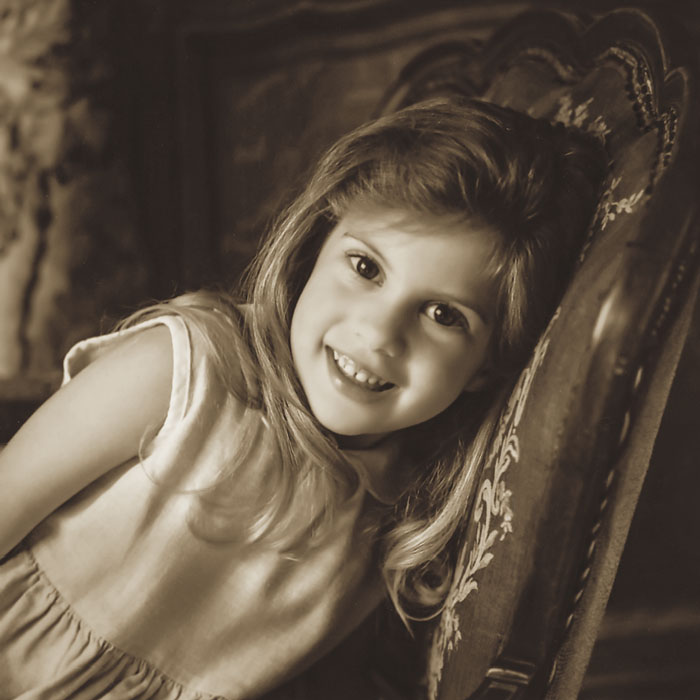 How Is Sepia Tone Created Today?

Although true sepia coloring occurs only through a chemical process, modern photographs can be tinted to replicate the warmth and romance of treasured antique photographs.

The photograph paper is bleached to remove the metallic silver in the emulsion. The print is then immersed in tinted, silver-compound toner until the colors reach the desired intensity. Since different durations in the tint result in hues ranging from soft pastels to deep, rich browns, the possibilities are endless.

That’s where we come in.

Heritage Photo Restoration Houston can add your choice of 30 types of toning similar to sepia. We can also help preserve your most precious memories with photo restoration or photo retouching.

Adding sepia toning gives pictures a timeless, sentimental quality, and we’re better at it than anyone in town.